Jerry is the president and editor-in-chief of Scoutology.com, a digital media network that reaches more than 5.7 million readers across 138 cities. 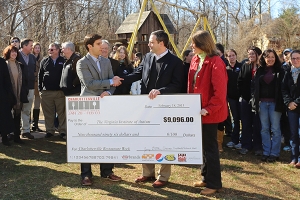 Jerry, a conscious capitalist, is creating jobs through focused vertical-integration, which is depicted by our VMV Brands Family Tree.

An award-winning writer, Jerry was named a two-time Virginia Press Award winner and five-time Media General MegaNet Award winner. Jerry was named one of the youngest editors in the history of The Charlottesville Daily Progress when he was promoted at 23 years old. In this capacity, Jerry managed a staff of 13 writers (some as experienced as 60 years old) and was responsible for story creation, employee scheduling, employee management, financial budgeting, human resources,  front-page design and front-page package creation for much of his department. (At the time, Jerry had no idea this demanding and mentally-challenging promotion would offer the foundation for his future as a business owner at VMV Brands.) 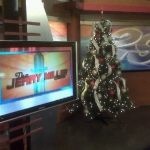 Jerry enjoyed a successful career as a syndicated radio personality (he hosted/produced shows across 13 affiliates and three states), where he served as host and producer of three radio shows – “The Jerry Miller Show,” “Shuman Says with John Shuman and Jerry Miller” and “In The Paint With Fletcher Arrit and Jerry Miller.”